Our book club is an opportunity to read books, meet the authors, and join others in fun discussions. We meet once each month on a Thursday for about one hour beginning at 8 p.m. EST. To join, you must register for each session. Links are provided with upcoming books below. Visit our SHOP to purchase current and past books.

BIRDS IN WINTER     THE GREAT PENGUIN RESCUE
Previous
Next
Sign up for our book club! 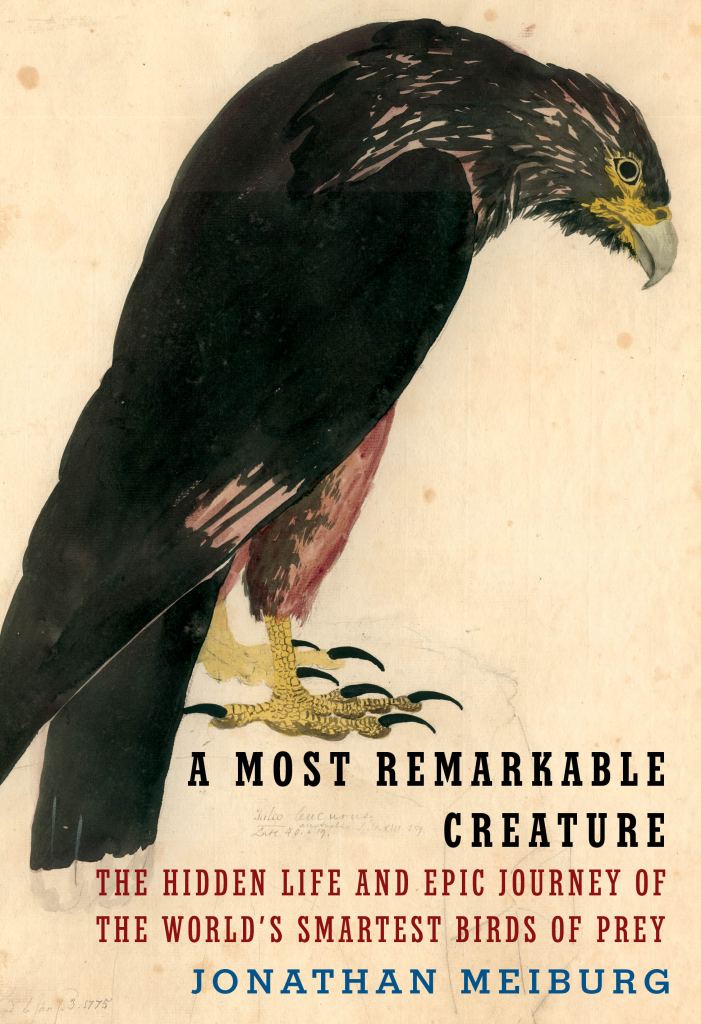 In 1833, Charles Darwin was astonished by an animal he met in the Falkland Islands: handsome, social, and oddly crow-like falcons that were “tame and inquisitive . . . quarrelsome and passionate,” and so insatiably curious that they stole hats, compasses, and other valuables from the crew of the Beagle. Darwin wondered why these birds were confined to remote islands at the tip of South America, sensing a larger story, but he set this mystery aside and never returned to it.

Almost two hundred years later, Jonathan Meiburg takes up this chase. He takes us through South America, from the fog-bound coasts of Tierra del Fuego to the tropical forests of Guyana, in search of these birds: striated caracaras, which still exist, though they’re very rare. He reveals the wild, fascinating story of their history, origins, and possible futures. And along the way, he draws us into the life and work of William Henry Hudson, the Victorian writer and naturalist who championed caracaras as an unsung wonder of the natural world, and to falconry parks in the English countryside, where captive caracaras perform incredible feats of memory and problem-solving. A Most Remarkable Creature is a hybrid of science writing, travelogue, and biography, as generous and accessible as it is sophisticated, and absolutely riveting.

In 1997, Jonathan Meiburg received a Thomas J. Watson Fellowship to travel to remote communities around the world, a year-long journey that sparked his enduring fascination with islands, birds, and the deep history of the living world. Since then, he’s written reviews, features, and interviews for print and online publications including The Believer, The Talkhouse, and The Appendix on subjects ranging from a hidden exhibit hall at the American Museum of Natural History to the last long-form interview with author Peter Matthiessen. But he’s best known as the leader of the band Shearwater, whose albums and performances have often been praised by NPR, The New York Times, The Guardian, and Pitchfork. He lives in central Texas. 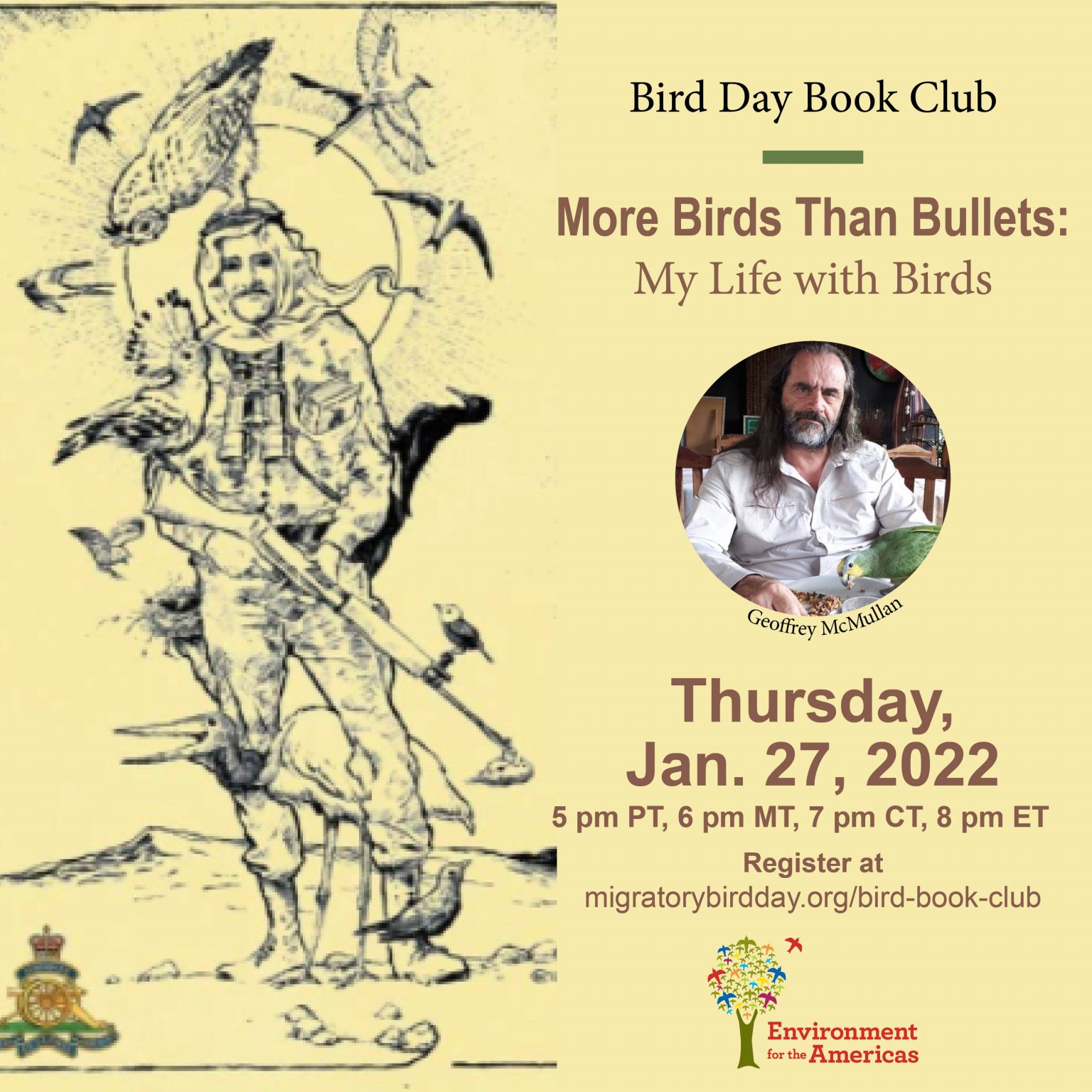 Geoffrey McMullan is a leading inspiration in the field of nature connection and nature-based therapy as well as creative outdoor learning experiences, for individuals, families, schools and businesses in the UK and worldwide. He has been involved in outdoor learning for 30 years and nature-based therapy for over 20 years. He is the author of a series of nature-based activities books as well as other books both fiction and non-fiction.

In 1983 he was awarded the British Empire Medal (BEM) from the Queen for his services to conservation and Anglo-German Relations, by establishing a Nature Reserve in Germany.

As a keen birder he has travelled the world extensively in his search for birds. He shares his stories in his latest book ‘More Birds Than Bullets’. His passion for birds fly off from the pages and tells of the interesting and fascinating places and people he has met along the way, including his time spent in the British Army. Naturalized Parrots of the World: Distribution, Ecology, and Impacts of the World’s Most Colorful Colonizers by Stephen Pruett-Jones

There are more than 350 species of parrots in the world, and approximately 300 of these species have been transported to other countries through the caged pet trade. Whether through escaped captivity or purposeful release, many of these parrots are now breeding in new habitats. Indeed, no less than 75 species of parrots have established breeding populations in countries where they were introduced, and parrots are now among the most widely distributed group of birds. Naturalized Parrots of the World is the first book to examine this specific avian population. 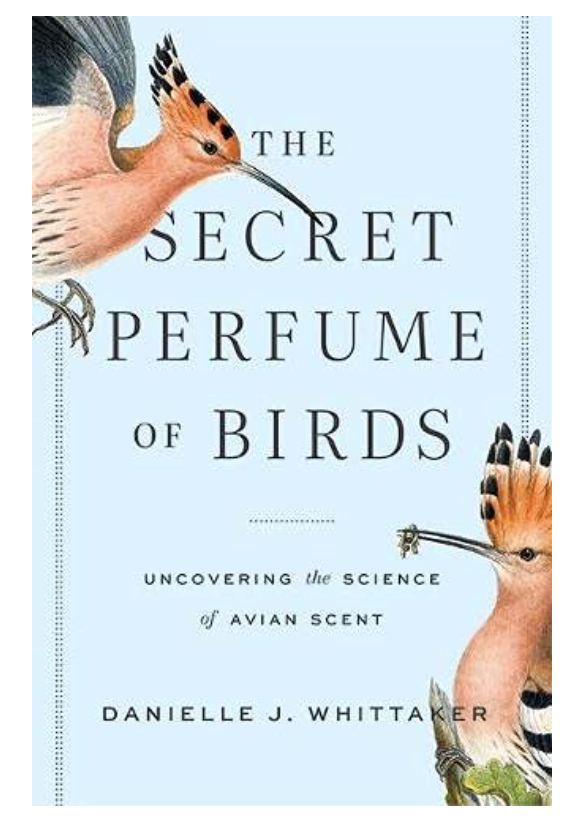 The Secret Perfume of Birds Uncovering the Science of Avian Scent

The untold story of a stunning discovery: not only can birds smell, but their scents may be the secret to understanding their world.

The puzzling lack of evidence for the peculiar but widespread belief that birds have no sense of smell irked evolutionary biologist Danielle Whittaker. Exploring the science behind the myth led her on an unexpected quest investigating mysteries from how juncos win a fight to why cowbirds smell like cookies. In The Secret Perfume of Birds—part science, part intellectual history, and part memoir—Whittaker blends humor, clear writing, and a compelling narrative to describe how scent is important not just for birds but for all animals, including humans. 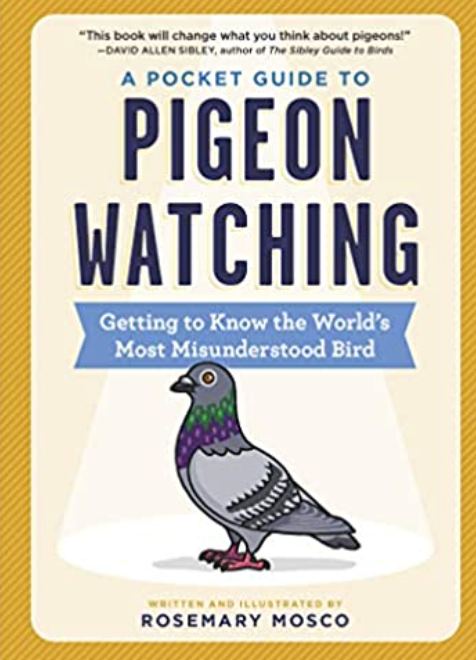 A Pocket Guide to Pigeon Watching: Getting to Know the World’s Most Misunderstood Bird

Fact: Pigeons are amazing, and until recently, humans adored them. We’ve kept them as pets, held pigeon beauty contests, raced them, used them to carry messages over battlefields, harvested their poop to fertilize our crops—and cooked them in gourmet dishes. Now, with The Pocket Guide to Pigeon Watching, readers can rediscover the wonder. Equal parts illustrated field guide and quirky history, it covers behavior: Why they coo; how they flock; how they preen, kiss, and mate (monogamously); and how they raise their young (on chunky pigeon milk). Anatomy and identification, from Birmingham Roller to the American Giant Runt to the Scandaroon. Birder issues, like what to do if you find a baby pigeon stranded in the park. And our lively shared story together, including all the things we’ve taught them—Ping-Pong, for example. “Rats with wings?” Think again.
Pigeons coo, peck and nest all over the world, yet most of us treat them with indifference or disdain. So Rosemary Mosco, a bird-lover, science communicator, writer, and cartoonist (and co-author of The Atlas Obscura Explorer’s Guide for the World’s Most Adventurous Kid) is here to give the pigeon’s image a makeover, and to help every town- and city-dweller get closer to nature by discovering the joys of birding through pigeon-watching.